Why is My Car Smoking but not Overheating?

It may have happened to you before: on your drive home from work in Bloomington, Fishers, Plainfield or Indianapolis, you notice smoke leaking from under your hood or out your exhaust pipe. Your first instinct might be to pull over and inspect it, and when you do, nothing seems to be overheating.

The right Collision Center can tell you that smoke doesn’t always mean there’s fire. But it might still indicate that you need some sort of maintenance soon, so it’s crucial to familiarize yourself with some of the main causes of unidentified smoke. Learn some of the potential causes of smoke from your car, and what to do when you encounter this problem.

When you notice smoke coming from your exhaust, you may have leaking fluid in your engine. Coolant is a common culprit, but you might have an oil leak or even a windshield wiper fluid leak instead. Check the color of the smoke to know for sure:

If your smoke problem is related to an electrical system malfunction, it will probably have an acidic smell to it—at least if it’s coming from a hot wire. However, if it’s a bare copper wire like those you’ll find in the alternator, the smell may be less noticeable and will involve more of a sweet, pungent, metallic smell.

Alternator smoking is less likely, but you may want to have a technician check your alternator’s condition if the smoke has that distinctive ozone scent to it. Shorted diodes in the alternator can be a smoke source as well.

You may notice smoke emerging from the oil filler cap, especially if your car runs on an older engine. This can result from worn piston rings, which will let the pistons suck oil into the cylinder, where it burns. You won’t notice this problem if the smoke is sucked back into the engine to be reburned, but if you’ve got a clogged PCV valve, the smoke will leak straight out of the cap.

Just about every engine will leak a small amount of smoke from the oil filler cap due to oil burning on the inside of the engine. Unless you see a lot of consistent smoke, you likely aren’t dealing with a worn piston ring problem.

There’s quite a range of possible causes for engine smoke, and we know keeping track of all those colors and smells can be tricky. If you need help diagnosing the problem and performing the right maintenance, just make an appointment with Andy Mohr Collision Center.

With four separate locations, we have one convenient for you, whether you live near Indianapolis, Fishers, Plainfield or Bloomington. Schedule auto repair and get that smoke problem checked out! 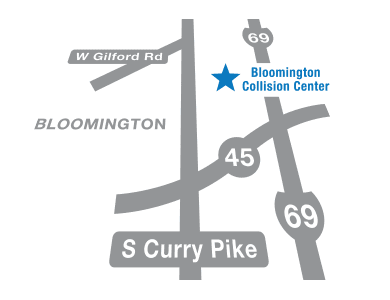